One country at a time

I love to read books set in the country I’m planning to visit as well delving into various travel guides about the region.

Below is an evolving list of books set in Cuba or written by Cuban authors. The links will take you to reviews on my book blog, Brona’s Books. 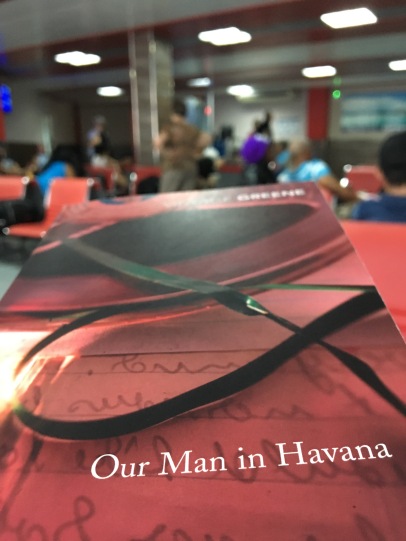 Novels and Short Stories about Cuba

Havana Nocturne: How the Mob Owned Cuba and Then Lost It to the Revolution (2009) by T J English

A Corner of the World (2014) by Mylene Fernández Pintado

Everyone Leaves (2012) by Wendy Guerra

The Man Who Loved Dogs: A Novel (2008) by Leonardo Padura

Havana Is a Really Big City: and Other Short Stories (2010) by Mirta Yanez

Dreaming in Cuban (1993) by Cristina Garcia

The Reader’s Companion to Cuba (1997) by Alan Ryan

Bacardi and the Long Fight for Cuba: The Biography of a Cause (2009) by Tom Gjelten

The Mafia in Havana: A Caribbean Mob Story (2010) by Enrique Cirules

Cuba Confidential: Love and Vengeance in Miami and Havana (2002) by Ann Louise Bardach

Without Fidel: A Death Foretold in Miami, Havana and Washington (2008) by Ann Louise Bardach

The Other Side of Paradise: Life in the New Cuba (2014) by Julia Cooke

Slow Train to Guantanamo: A Rail Odyssey Through Cuba in the Last Days of the Castros (2013) by Peter Millar

Cuban Revelations: Behind the Scenes in Havana (2015) by Marc French

The Handsomest Man in Cuba: An Escapade (2003) by Lynette Chiang

Inside Cuba: The History, Culture and Politics of an Outlaw Nation (2003) by John Miller & Aaron Kenedi

Waiting for Snow in Havana: Confessions of a Cuban Boy (2004) by Carlos Eire

The History of Havana (2006) by Dick Cluster

Viva La Fiona: My Cuban Diary – An Australian in Cuba